A drum kit once used by late MOTÖRHEAD drummer Phil “Philthy Animal” Taylor is being auctioned via Bonhams, a celebrated auction house in England.

The Camco drum kit includes shark motif bass drumskins which appeared on Phil‘s kits at a number of live performances throughout the 1980s, among them “Top Of The Pops” in 1980 and the official music video for MOTÖRHEAD‘s 1980 classic “Ace Of Spades”.

A few days after Taylor‘s passing, MOTÖRHEAD mainman Lemmy told U.K.’s Classic Rock magazine that he was “devastated” to have lost one of his best friends. He said: “Now [Phil has] died and it really pisses me off that they take somebody like him and leave George Bush alive.”

Taylor contributed to MOTÖRHEAD‘s 1992 album “March Or Die” but departed the band during the recording process. The album was completed by drummers Tommy Aldridge and the band’s most recent sticksman, Mikkey Dee. 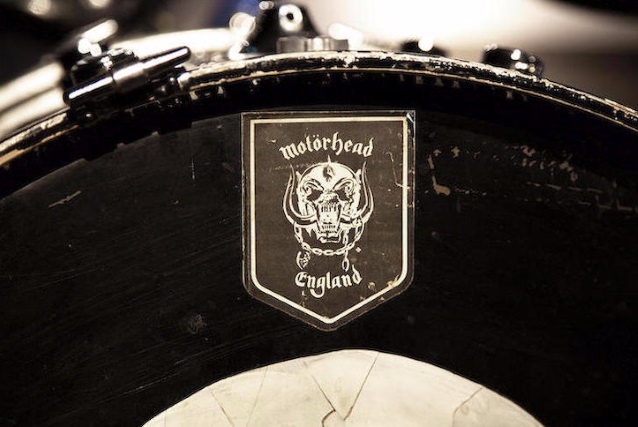