Long acknowledged as one of the greatest live bands of their generation, rock legends METALLICA have set new attendance records at each of the shows they played on their recent U.K. tour. “WorldWired” — presented by Live Nation — played five sold-out U.K. arena shows in October to ecstatic reviews. Metro called them “exciting and innovative” while The Times noted that they were “powerful enough to get over 20,000 fans punching the air in unison” and Kerrang! thought they were “jaw-droppingly awesome.” The band’s groundbreaking in-the-round production not only gave fans a totally immersive live experience but also allowed for an increased venue capacity.

On the opening night at London’s O2, METALLICA pulled in a crowd of 22,134, the following night they broke their own record for the best attended single concert performance by one headliner with a crowd of 22,211. It was the same story on the rest of the tour, a crowd of 13,111 packed into Glasgow’s Hydro to set a new attendance record and in Birmingham METALLICA drew in a record-breaking crowd of 15,604.

Commenting on the achievement, Live Nation‘s executive president of U.K. touring Andy Copping said: “This has been an incredible achievement by METALLICA. The band and everyone around them have been a pleasure to work with and they staged one of the greatest indoor shows I have ever seen.”

The European leg of METALLICA‘s “WorldWired” tour kicked off in Copenhagen, Denmark on September 2 and ran through November 3. After a break, the trek will pick up again on February 1, 2018 in Lisbon, Portugal, and continue through May, finishing up in Helsinki, Finland.

The first ten of the shows of the North American “WorldWired” tour during May and June grossed $49.5 million in ticket sales. 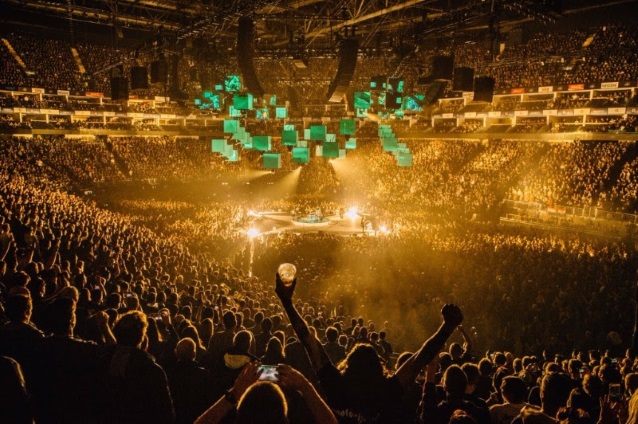 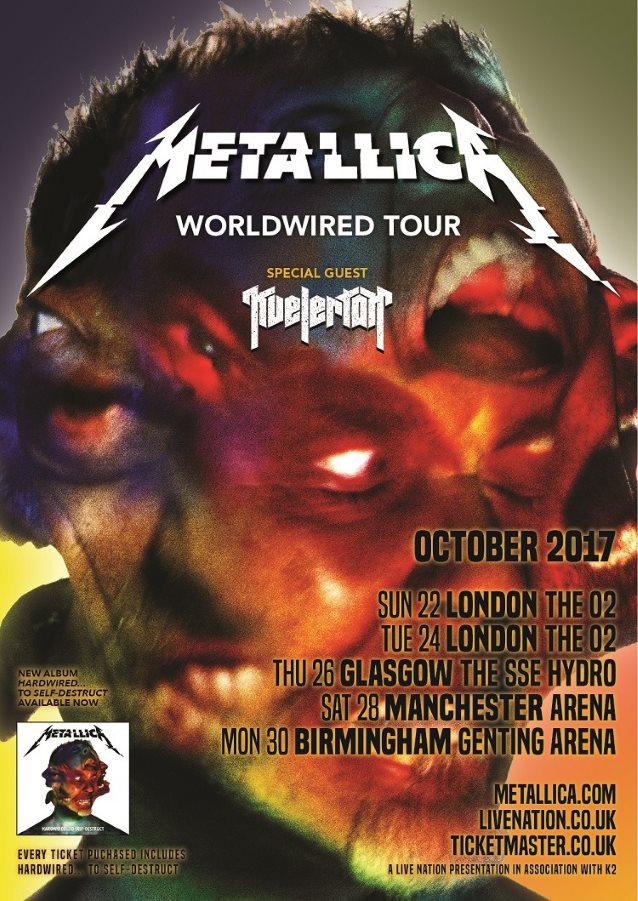