Corey Taylor will guest on the new album from TONIGHT ALIVE.

The SLIPKNOT and STONE SOUR frontman will appear on “My Underworld”, the final song of the Australian rockers’ fourth album, “Underworld”, which will be released on January 12 via Hopeless Records. Also guesting on the disc is PVRIS frontwoman Lyn Gunn, who contributes her vocals to the track “I Disappear”.

Taylor recorded his part in New York before TONIGHT ALIVE finished “My Underworld” in Thailand.

“He’s just a really great man who was happy to lend his voice to our song and expressed he’s a fan of our music, which is hard to believe and it was so heartwarming to hear that,” TONIGHT ALIVE‘s Jenna McDougall told the Newcastle Herald.

McDougall has previously praised SLIPKNOT, with whom her band shared the stage at the 2015 edition of the Soundwave festival.

“I’ve never seen a band put on a show like SLIPKNOT and I really, really respect Corey Taylor and his dynamics in his voice and his presence as a frontman,” McDougall told Spotlight Report at the time.

The official video for the song “Temple” can be seen below.

Guitarist Whakaio Taahi left TONIGHT ALIVE last month after a nine-year run with the band. The remaining members of the group said in a statement that he “made the decision to step back from touring and pursue his own career in songwriting and producing outside of the band.” 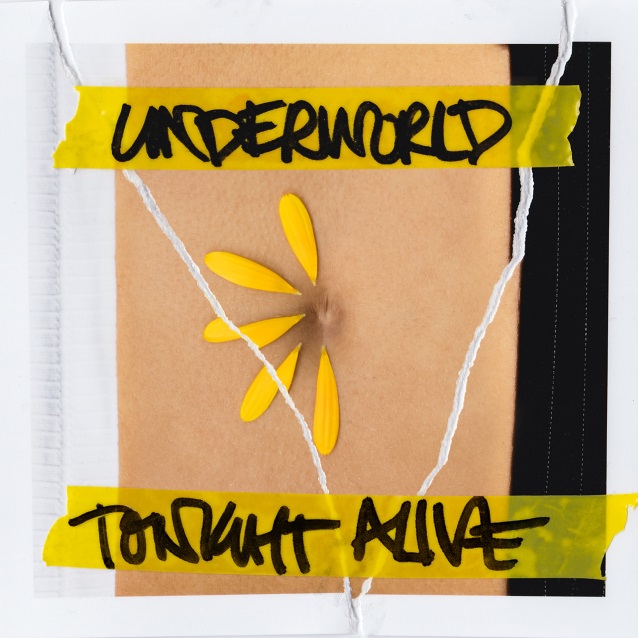