SLASH On Possibility Of New GUNS N' ROSES Music: 'I Think Everybody Wants To Do It'

FOO FIGHTERS have postponed tonight’s (Sunday, October 21) show in Lexington, Kentucky due to a family emergency.

All tickets for tonight’s concert at at the Rupp Arena will be honored at the May 1, 2018 rescheduled date.

The band sincerely apologizes for any inconvenience and looks forward to returning to rock Lexington in May.

If you are unable to attend the new date, refunds are available at the point of purchase.

The band’s fall North American tour kicked off earlier this month in San Bernardino, California with Cal Jam 17, a daylong festival featuring the FOO FIGHTERS headlining a bill that included QUEENS OF THE STONE AGE, ROYAL BLOOD, CAGE THE ELEPHANT and more. 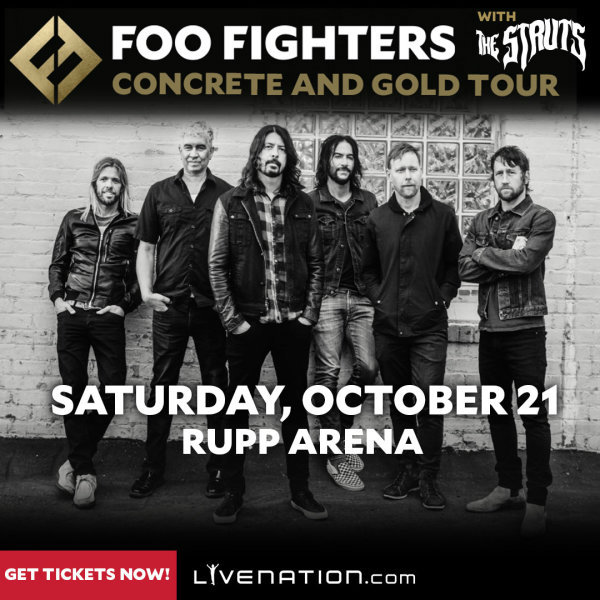