The cover artwork for the disc, which can be seen below, was created by Santiago Jaramillo from Triple Seis Design (LOCK UP, DYING FETUS, INQUISITION). The concept is based on a multi-layered reality, alien presence and negative frequencies.

Following up the reissues of PESTILENCE‘s classic Roadrunner albums on deluxe two-CD and high-quality LP, the band is preparing for worldwide domination in 2018.

Aside from intensive touring around the globe, the main focus will be on the eighth studio album. “Hadeon” is an all-out death metal attack, featuring thirteen tracks that combine PESTILENCE‘s old-school roots, its progressive trademark and a killer production, which will appeal to both old and new fans.

In July 2014, Mameli announced that PESTILENCE was “on a permanent hold” while he concentrated fully on his new NEUROMORPH project, which he said would be “more brutal, more crazy, more tech, more futuristic and more death” than his longtime outfit. Two years later, he revived PESTILENCE, initially claiming that the band would only play live shows and not record any new material. 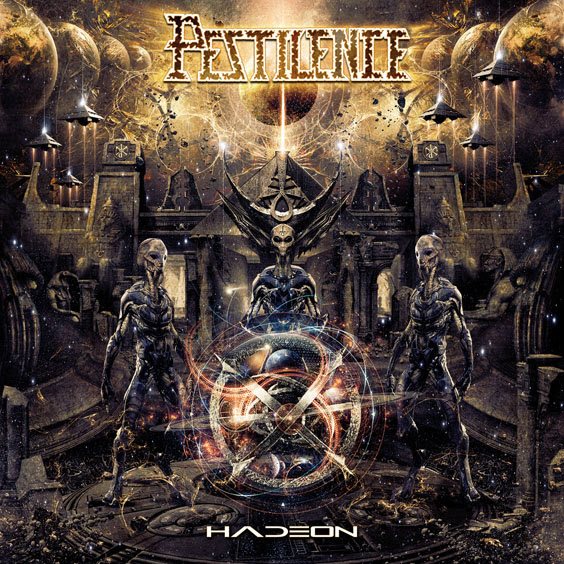