SCOTT IAN On ANTHRAX's Enduring Relevance: 'It's Always Been A F**king Mystery To Me'

For a limited time, guests at the British Music Experience will have the opportunity to come face to face to with a larger-than-life metal representation of the rock legend Slash.

Famed for his time spent as GUNS N’ ROSES lead guitarist, Slash has been hailed as one of the greatest guitar players of all time. The sculpture, made entirely of of scrapped car and bike metal, as well as discarded instrument parts, took around twelve days to create and has been signed by the man himself. The sculpture also showcases a Slash signature Gibson guitar.

The sculpture appeared at the British Music Awards last year and has just completed a residency at St Pancras where he was the subject of over sixty thousand selfies.

The sculpture will be showcased in the British Music Experience from October 21.

The British Music Experience tells the story of British music through costumes, instruments, performance and memorabilia. Whatever age you are, and whatever you are into, there is something here for you.

The collection boasts outfits worn by artists such as Freddie Mercury and Dusty Springfield, to the SPICE GIRLS, Adam Ant and “X Factor” finalists and musical instruments played by some of the world’s most renowned artists from Noel Gallagher to the SEX PISTOLS. There are handwritten song lyrics from Adele, the original statues from the Brits and the Apple Corp front door from Saville Row. Visitors are also able to get involved too. You can learn a musical instrument with the best music equipment available, from drum kits to keyboards.

For tickets or more information on the British Music Experience, please visit www.britishmusicexperience.com. 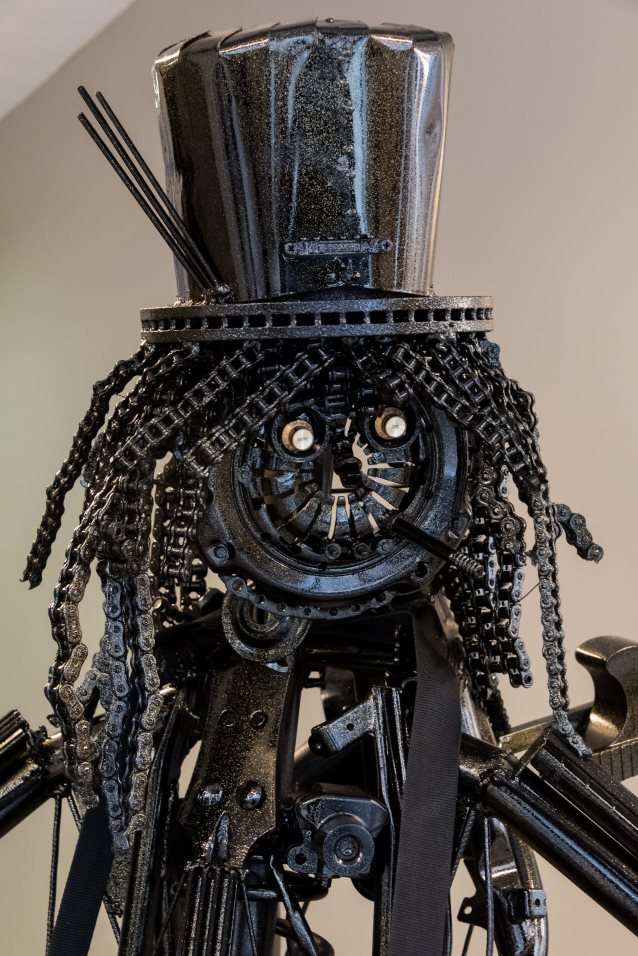