RUSH: Unboxing Video For Deluxe Edition Of 40th-Anniversary, Expanded Edition Of 'A Farewell To Kings' Album

It’s not surprising that when Sambora and Orianthi first met four years ago they clicked immediately. Despite being from opposite ends of the world, the two have everything in common. Both are platinum-selling singer-songwriters and world-class guitarists with magnetic stage presence and who share influences that range from classic rock to blues to R&B to country. Both have written chart-busting singles, toured the globe, collaborated with superstar artists, and have released three solo albums (Sambora: 1991’s “Stranger In This Town”, 1998’s “Undiscovered Soul” and 2012’s “Aftermath Of The Lowdown”; Orianthi: 2007’s “Violet Journey”, 2009’s “Believe” and 2013’s “Heaven In This Hell”).

But despite their myriad accomplishments, both Sambora and Orianthi are aware that they are best known as accompanists. Songwriters Hall Of Fame inductee Sambora is, of course, a founding member of multi-platinum, Grammy-winning band BON JOVI, with whom he has sold over a hundred and thirty million albums worldwide and co-written multiple hits. Australian-born Orianthi is a virtuoso rock guitarist who has shared stages with SANTANA, Prince, ZZ TOP, Steve Vai and Carrie Underwood, among others, and was enlisted by the late Michael Jackson for his “This Is It” concert tour. She was also the first female member of Alice Cooper‘s band.

The perception that both these multi-faceted artists shine most in a lead singer’s shadow is about to be demolished with the release of “Rise”, a five-song EP that the two have made together. Reflecting the musical versatility of its creators, “Rise” is the first taste of several genre-spanning bodies of work encompassing rock, blues, pop, R&B, and country, and creating a whole new lane for male-female vocal duets, thanks to the harmonious blend of Sambora and Orianthi‘s voices (“Like Sonny and Cher on steroids!” Sambora cracks).

It showcases the duo’s knack for writing indelible melodies and uplifting lyrics, and, of course, their top-flight musicianship. And finally, RSO displays the combustible chemistry that Sambora and Orianthi have both onstage and off.

The two first met in Hawaii in 2013. Sambora was vacationing there and was asked by his old friend Alice Cooper to join him onstage at a charity show. Orianthi had been Cooper‘s guitarist since 2011. “Alice and I are sitting in the audience while the band is rehearsing and I said, ‘Who’s that?’ And he said, ‘That’s Ori. She’s played with Michael Jackson.'”

“We just hit it off straight away,” Orianthi recalls. “We started jamming out and it was really great. Afterward Richie invited me to come hang out and we started writing and the chemistry was just there.”

“From the first time we were onstage, it was so powerful,” Sambora says. “It felt inevitable that something was going to happen. I, personally, knew in my heart, after that first time we played together that it wasn’t going to be the end.”

Two months later, Sambora invited Orianthi to join him on a festival tour of her native Australia and later Europe. The two traveled together, performing and feverishly writing songs. “There was an airstrike in France and we had to drive eight hours in a van,” Sambora recalls. “We got out the guitars and wrote three songs in the van. Ours is a true Bonnie and Clyde rock and roll kind of story.”

Sambora and Orianthi eventually became a couple and now share a home in Los Angeles where they have built a recording studio in their kitchen, complete with studio-size speakers, keyboards, computers, and mics. There are amps in the dining room, the living room overflows with racks of guitars, and the home theater has been converted into a drum room. Most of the songs were recorded there over the past two years with songwriter/producer Bob Rock (METALLICA, BON JOVI).

“It was Bob‘s idea to build a studio at the house,” Sambora says. “You wake up in the morning and you’re coming down the stairs, scratching your ass, and by the time 9:30 rolls around, you’ve got a song.”

“Or I’m coming down the stairs and I’m handed a guitar to play a solo as soon as I wake up,” Orianthi adds. “Richie‘s like, ‘That sounds awesome!’ and I haven’t had any coffee, yet.”

“I didn’t let her drink coffee that day,” Richie says with a laugh. “I wanted her to play slower. “It’s great because we’re always writing and can record anytime,” Orianthi says.

“We have an open-door policy,” Sambora says. “Most of our friends are musicians and they can come hang out whenever they want and maybe play on a song.” (That’s how THE DOORS‘ guitarist Robby Krieger wound up on one track.)

At home, the two have created an inviting world filled with love, friendship, laughter, and passion for music that seeps into the songs, many of which are uplifting stadium-fillers about bringing people together, empowering them, and making them feel good, like the roaring rock song “Rise”. The powerful “Masterpiece” places RSO‘s vocal interplay front and center and slowly builds to an incendiary guitar riff. One of the pair’s favorite tracks is “Truth” — a gorgeous piano-driven ballad about how when you find true love, nothing will stand in its way.

“I think these songs are about just being human,” Sambora says. “People have more in common with each other than they think. Ori and I have had the chance to see that up close, in front of millions of people around the world, for many years. It’s ingrained in us as songwriters, that desire to transcend language and genre, to play for people, entertain them, and write songs that can be the soundtrack to their lives.” 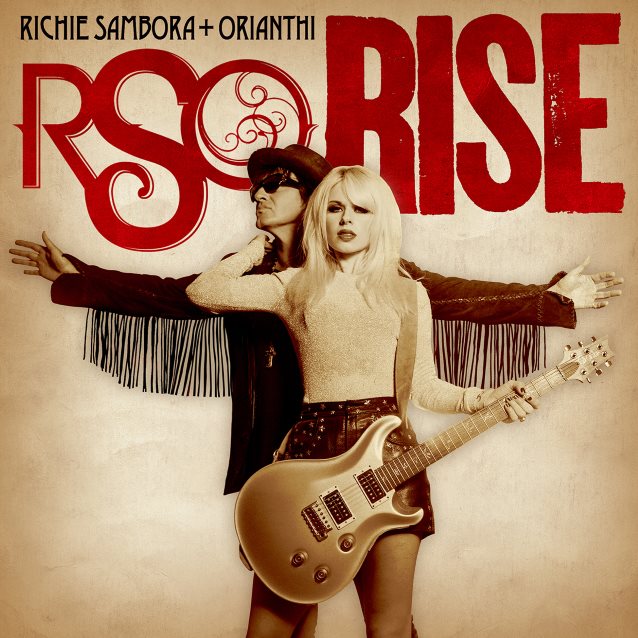