Former PANTERA bassist Rex Brown took his solo band out on the road for the first time earlier this month in support of his debut solo album, “Smoke On This…”. Backing Rex at several shows in Germany were Joe Shadid on guitar, John Luke Hebert on drums, Francisco “Pancho” Tomaselli on bass and Lance Harvill on guitar.

Fan-filmed video footage of Rex‘s concerts in Göttingen, Düsseldorf and Leipzig can be seen below.

Prior to embarking on the German tour, Rex played a one-off show at Mercy Lounge in Nashville, Tennessee on July 14.

“Smoke On This…” was released on July 28 via Entertainment One (eOne). The disc marks the first time in Brown‘s career in which he serves as both lead vocalist and guitarist in a band.

Rex tracked lead vocals, rhythm guitars, and bass for the album, working with his primary collaborator and old friend Lance Harvill, a Nashville-based guitarist and songwriter, on the album’s songs. “Lance was and is my main man on this. Everything we did was finely tuned, both musically and brotherly,” Brown said.

Drums were tracked by Christopher Williams, whose talent has been utilized by country music star Lee Greenwood, the reconstituted BLACKFOOT and most recently, power metal legends ACCEPT. The album was produced by New Yorker-turned-Nashville-transplant Caleb Sherman, a multi-instrumentalist with work on records by LITTLE BIG TOWN and PORTER BLOCK, among others. “Caleb produced the project from a musician’s standpoint,” said Brown. “Not just a typical producer’s standpoint, which was something I definitely needed. Between Caleb and Lance, we were a force to be reckoned with. They really pulled out the best in me.” Peter Keyes, known for his work with LYNYRD SKYNYRD, can also be heard on a few tracks.

“My motto these days is ‘Shake some shit up,'” Brown declared. “I’ve had my ups and downs, like anybody in this business. I wanted to feel like a true artist again, where I can write and record songs without worrying about any of the bullshit. This is just something else I’m doing for fun, man. And musical freedom. Fun has to come into it or I’m not going to do it. I’ve had a tremendous career and now I feel like I’m twenty-five years old again. This has given me that freedom I needed.” 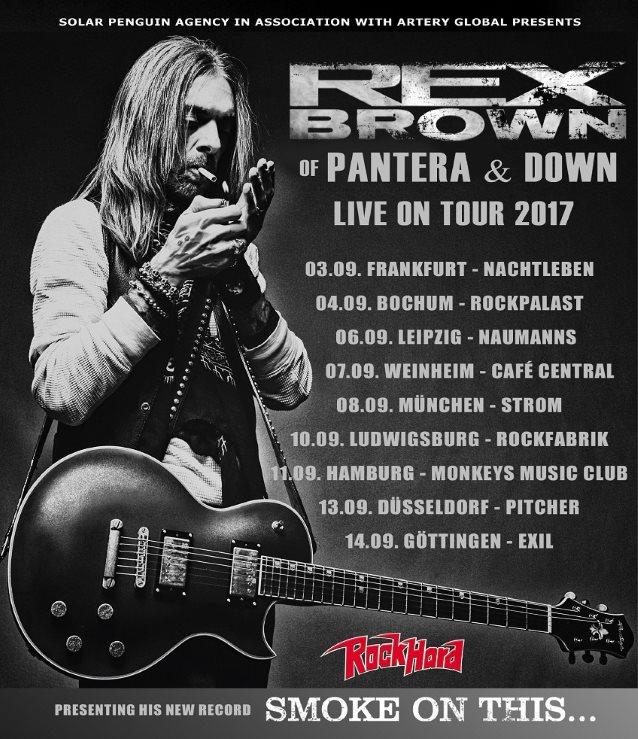